Why do I need a bat survey?

Bats are a legally protected species in the UK, under the Wildlife and Countryside Act 1981 (As Amended) and The Conservation of Habitats and Species (Amendment) (EU Exit) Regulations 2019.

As a protected species, bats are a material consideration when a planning authority is determining a development proposal in accordance with the National Planning Policy Framework (NPPF) and the BS42020: 2013 Biodiversity Code of Practice for Planning and Development.

A bat survey is therefore often required to satisfy the planning authority that there won’t be impacts on bats. If there are to be impacts, a bat report should be submitted to set out that any impacts will be appropriately avoided, mitigated, or compensated for, such that a breach in legislation won’t occur because of the development.

Who carries out a bat survey, and who is responsible?

The legislation afforded to bats makes it an offence to recklessly disturb roosting bats. Therefore, a bat survey should be undertaken by an expert ecologist holding a bat survey licence, issued by Natural England.

It is typically the responsibility of the planning applicant or their agents to organise and pay for a bat survey, by commissioning a Natural England bat licenced ecologist to carry out the work.

What is the process for bat surveys?

The first step in the process is to carry out a ‘Preliminary Bat Roost Assessment’, also termed a ‘Daytime Bat Survey’ or ‘Scoping Bat Survey’. A Preliminary Bat Roost Assessment can be undertaken at any time of the year and is essentially a rapid disk assessment of the likelihood of roosting bats to be present at a given building, tree, or other structure. It involves an external survey, and an internal survey including searching any loft voids or cellars present for evidence of bats such as bat droppings or actual bats. The assessment is made within the context of the surrounding area’s suitability for bats.

The outcome of the Preliminary Bat Roost Assessment is to classify the bat roost suitability of a building with reference to the survey guidelines as either negligible, low, moderate, high or a confirmed bat roost, which with reference to the survey guidelines will inform if nocturnal bat surveys are required to establish the presence/ likely absence of roosting bats or characterise any bat roosts present.

Put simply, during nocturnal surveys bat surveyors are positioned outside a building at dusk or dawn watching for any bats flying in or out. With reference to national guidelines, to give confidence that bats are absent, between one nocturnal survey for low suitability buildings to three nocturnal surveys for high suitability/ confirmed roosts may need to be undertaken. The surveys can only be carried out when bats are active, and therefore the seasonal survey window for nocturnal bat emergence/ re-entry surveys is May – August/ September each year. If a building, structure, or tree is assessed as negligible bat roost suitability during a Preliminary Bat Roost Assessment, no nocturnal bat surveys will be required.

What if there are roosting bats at my property, will it stop my planning application?

Very rarely will roosting bats stop a planning application, provided the required bat survey and mitigation reports are submitted prior to determination.

To prevent impacts to bats occurring, it may be the case that simple avoidance measures can be written into a bat report to be submitted to the planning authority. 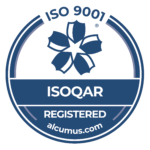 Elton Ecology are a Registered Practice of the Chartered Institute of Ecology and Environmental Management (CIEEM), committing us to industry leading standards of professional practice. We deliver the best outcomes for our clients and reduce risk for planning applications.